Whit Hubner is an outgoing and fun-loving officiant who is right at home in front of a crowd. He has been a dedicated Nashvillian for 45 years and his roots run deep.

Born in Atlanta, Whit moved to Califronia as a kid, then landed in Nashville in 1976, and graduated from Middle Tennessee State University in 1992.

In his role as a wedding officiant, Whit draws from a wealth of life experiences related to his dedication to music: first as a fan, next as a concert promoter, and then as an emcee, DJ and radio show host.

Today he’s a popular figure on the Nashville music scene, much loved by musicians and music fans alike. He is well-known for hosting the morning and afternoon drives at WMOT Roots Radio and WHPY Hippie Radio for the last seven years and DJ stints at WRFN and WRVU going back to 2004.

In addition to officiating weddings, Whit is an avid disc-golfer, as well as an accomplished Air Guitarist who has competed on USAG’s largest stages! He’s also the father of two lovely daughters, and an event producer in Middle Tennessee for 35+ years.

Whit looks forward to connecting with you and guiding you through this very exciting time in your life! 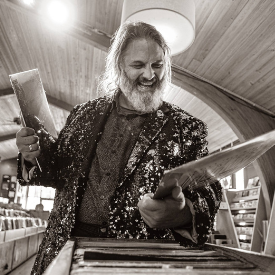 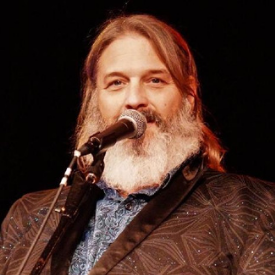 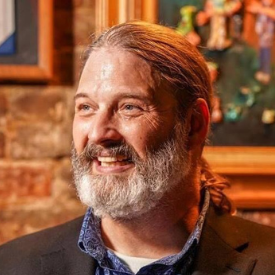